Thanks to students' unions who have submitted their Prove Me Wrong posters. We proudly displayed the ones below at Students' Unions Conference 2016 in Liverpool.

Students' unions are welcome to continue submitting posters now. Please send them through to me at richard.brooks@nus.org.uk and we will try to keep this page updated.

What's next? NUS100 commits NUS to look at the impact of student opportunities as a key area of activity over the next 6 years. We will be building upon and learning from how students’ unions have interacted with this national collaborative research project. 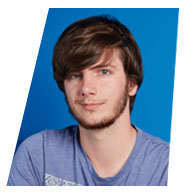 Liverpool Hope Students' Union - Liverpool Hope’s interviews with students are particularly powerful and suggest clubs and societies have an important role to play in keeping students in education.

Staffordshire University Students' Union - It’s interesting to see that the difference in drop-out rates between the two groups is statistically significant, and the comments are enlightening about the role of the students’ union in this effect.

Teesside University Students' Union - TUSU's work is notable for the robustness of the data set, collected over several years.

Facilitating good jobs for all

Birmingham City University Students' Union - The topic of this poster means a lot to me because of my own background. The picture is complex but BCU have done a good job presenting it. The 11% and 3% statistics are notable – the 8% difference between them supports the fact that working class students have less confidence in their employment prospects but benefit most from taking part in student groups. At a recent roundtable NUS Stephen Asherwood, Head of the Association of Graduate Recruiters said “social action is more important than your degree result”.

Keele University Students' Union (additional explainer) - The UK is already a leading country for philanthropic giving and social action. Research by the Charities Aid Foundation suggests if people start giving earlier on in life then they’re more likely to give consistently throughout their lives. Students’ unions and opportunities including RAG are key to shaping this national culture at a time of transition in peoples’ lives. Keele have clearly done some amazing things towards this. We know students make millions for charity but we don’t have an exact figure. The National Student Fundraising Association are looking at this next year in conjunction with NUS.

Keele University Students' Union (additional explainer) - Keele’s analysis of their previous work is strong and shows how each project has contributed tangibly to the overall impact. Looking at the national picture, in 2016/17 through Student Switch Off participating halls managed an average of 6.2% electricity reduction. That’s equivalent to the energy needed to make 89 million cups of tea or 1,500 tonnes of carbon.

Staffordshire University Students' Union - Staffs have made use of simple initiatives to produce persuasive data and arguments for the value of their work.

Keele University Students' Union (additional explainer) - It is an incredible statistic that 16 out of 21 students standing in local council elections had a background in the students’ union. To give an idea of the national picture there are currently - 10 peers, 25 Members of Parliament, 13 Welsh Assembly Members, NI Assembly Members and Members of Scottish Parliament - who were once elected officers in students’ unions.

Birmingham City University Students' Union -  There are some interesting statistics here which are worth setting against the national averages (Office for National Statistics 14/15). 74% very happy is well up on the national equivalent, 34% , and the score for the West Midlands area, 32%. 53% very low anxiety is slightly better than the national equivalent, 41%, but is not dissimilar to the West Midlands area, 46%.  We don’t actually have the equivalent data for students in tertiary education. This is something NUS wants to look at next year.

Leeds University Union and Glasgow Caledonian University Students' Association - The particularly impressive thing here is the awareness that the link between mental health and participation could be explained in another way (i.e. healthy people are more likely to take part in sport, rather than sport makes you healthier). The students’ unions’ findings 1. and 2. help to address this though – finding that 73% of students agree sport makes them feel healthier, and they got this opportunity by coming to university.

Staffordshire University Students' Union - There is a clear suggestion across all the indicators here that taking part in exercise regularly is good for students’ mental health. We would suggest that the level of participation through the SU (just 10.5% of respondents) is quite low, and would be tested in a debate about the value of the students’ union. Perhaps this would benefit from further investigation.

Birmingham City University Students' Union - This poster is striking at demonstrating the power of varsity events as a unifying force. It is interesting to think of this effect when combining varsity with our political objectives. Last year, for example, students at Cardiff and Swansea wore Rainbow Laces across all their varsity events to show their support for tackling homophobia and creating inclusive sporting opportunities.

Birmingham City University Students' Union - I’m pleased how BCU took forward this exercise. These questions were designed to be indicators of social, economic and cultural capital. This suggests sports teams create the closest bonds between different groups of people, what might that mean for the priorities of students’ unions, for example?